Multifamily Property Market Highlights: Records Were Meant to be Broken 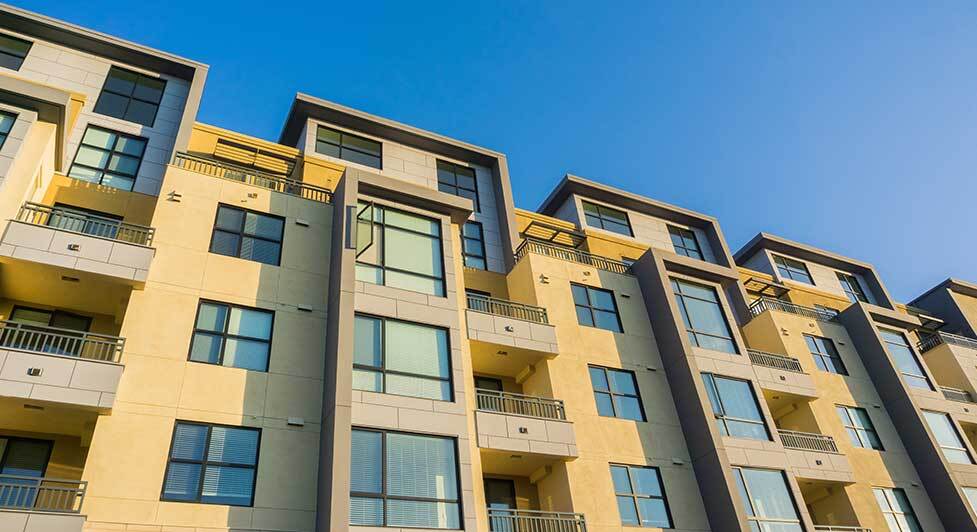 Rapidly rising rents and the demand and supply fundamentals of construction attracted record investment to the multifamily sector, propelling transaction volumes and pricing to new highs. Sales volume totaled $331 billion last year according to Real Capital Analytics (RCA), an increase of more than $140 billion over the previous calendar year record established in 2019.

As is often the case, transaction volume was concentrated in the year’s final quarter. RCA reports that fourth quarter sales totaled $148 billion, eclipsing by 76% the $84 billion single quarter volume record set in 3Q21.

Property ownership and management companies were the largest buyers, accounting for 45% of total fourth quarter sales. Private and public real estate trusts recorded the largest market share gain, rising from 8% of sales in the third quarter to nearly 18%, while participation by fund managers and advisors diminished.

Asset values continued to rise at a brisk clip. The RCA Apartment Commercial Property Price Index (CPPI) advanced on a 23.2% annual pace in 4Q21, up from 17.2% in the previous quarter. Annual fourth quarter appreciation returns were the highest ever recorded in this 20-year series.

Annual appreciation was largely propelled by suburban properties. The car-dependent garden segment recorded a 26.7% trailing 12-month index advance, while the mid- and high-rise and central business district indices lagged with respective gains of only 13.0% and 2.6%.

The average price per unit of apartments of 50 units or more in the nation’s top 62 metro markets was $219,000 according to Yardi, a 25% annual increase. Workforce housing and class-B/B- properties enjoyed the largest percentage gains in the market rate arena, but affordable housing was the overall appreciation leader, rising more than 30% in 2021 according to CoStar.

The steady drumbeat of falling apartment capitalization rates that began in early 2019 continued through year-end. RCA reports that the average initial yield of transactions closed in 4Q21 was 4.7%, down 10 basis points (0.10%) from the previous quarter and 30 basis points year on year. This service’s Hedonic Cap Rate Index, which adjusts for property quality and location, stood on 4.5% in the fourth quarter, 50 basis points below the year-before comparison.

Implied cap rates (NCF/Appraised Value) and debt yields (NCF/Original Loan Principal Balance) for single asset GSE debt executions were steady in the fourth quarter. The value-weighted average implied cap rate of Freddie Optigo and Fannie DUS executions over $20 million reported on Trepp increased slightly, from 4.32% during the third quarter to 4.36% in the fourth, but compared favorably to property market averages. The average debt yield increased from 6.91% to 7.09%, and the average loan-to-value ratio slid 0.72% to 64.16%, as the GSE tapped gently on the brakes while approaching regulatory lending caps. Cash flow debt service coverage levels eased, on the other hand, declining from 2.05 times in 3Q21 to 1.86 times, reflecting the lower percentage of agency loan balances used for acquisition finance purposes.

Investor appetite for multifamily assets and the deep well of liquidity available in the debt and equity capital markets set the stage for another record breaking year in the multifamily property market. Sales got off to a solid start toward that outcome in January with trades valued at $10 billion closing in the month, representing a 20% increase from the 2021 comparison. The downward shift of purchase cap rates endured — the trade average dropped to 4.0% from 4.5% in December — and the steady rise of asset prices remained on track.

It is too early to judge the impact of anticipated tighter monetary policy on transaction velocity. Investor appetite for the asset class remains strong, however, and buyers are likely to consider any event-driven headwinds as an opportunity to add to core holdings.