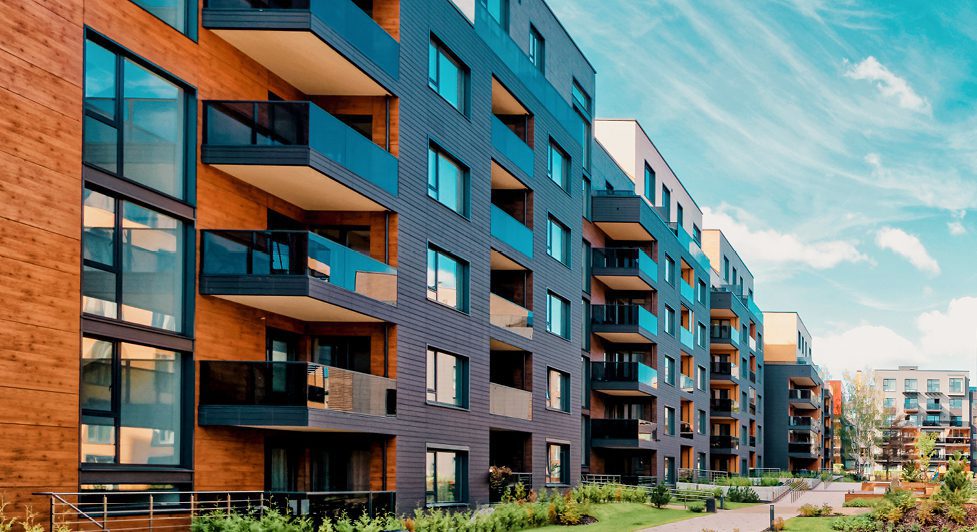 We have reached an inflection point. The five-month streak of consecutive quarterly increases in year-on-year multifamily property market sales volume—the longest since 2013—ended with the third quarter. A combination of higher interest rates and rising risk of recession made deals more difficult to finance and harder to justify at current pricing, leading volume in the nation’s top 55 metropolitan markets to decrease from about $63 billion in 2Q22 to a preliminary estimate of $37 billion in the third quarter.

Despite the decrease in activity, pricing was firm, the result of a strong bid from asset managers and private equity and real estate investment trust buyers armed with enough equity to close low leverage transactions. The average price per unit purchased in the third quarter was $262,750, an increase of nearly 2 percent over the previous quarter. The property type mix also changed to reflect the composition of active buyers, favoring the mid- and high-rise properties preferred by institutional and investor-driven buyers. Mid- and high-rise volume share ballooned from about 40 percent in the second quarter to 60 percent in the third.

Thanks to rising valuations, cap rates were steady, at least among the most active metro markets. The trade weighted average cap rate of the ten highest volume markets—which collectively accounted for more than 50 percent of total third quarter volume—was unchanged sequentially on 4.2 percent.

After favoring the Sunbelt growth markets during the pandemic, acquisition market share shifted back toward the primary markets, an indication that investors have assumed a more cautious posture that prioritizes market liquidity and stability over demographic expansion. Of the four top markets for sales volume, three were primary markets:  New York, Los Angeles and Washington, D.C.  Indeed, the four primary markets in the top ten, including Seattle, increased sales market share from 34 percent in the spring quarter to 65 percent over the summer.

Regional preferences also suggested buyers have grown more defensive. Volume in the Southeastern and Southwestern states, where asset appreciation has been strongest recently, experienced the largest sequential quarter volume declines, according to incomplete data from Real Capital Analytics.  Conversely, sales in the Midwest, where rent trend volatility during periods of economic stress historically has been low, nearly doubled to $9 billion. By the same token, the West, where recent rent and occupancy growth was derived from fundamental economic strength rather than migration, was the only other region to avoid a meaningful sequential volume decline. The trends observed in the summer months will continue to be the dominant themes for the fourth quarter, hindering transaction velocity. The gap between buyer and seller price expectations is wide by recent standards, and this bid/ask spread is unlikely to narrow before greater economic and interest rate visibility is achieved.