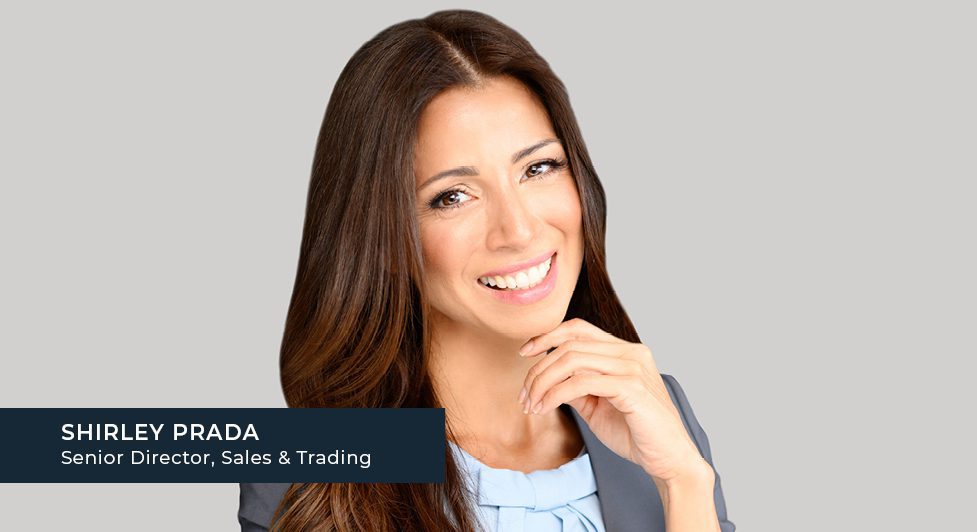 Commercial real estate has long been a male-dominated field but that’s changing, thanks to employers who have built Diversity, Equity & Inclusion (DE&I) into their culture. However, the COVID-19 pandemic has slowed this progress for many. According to a July 2021 CREW Network survey, 38 percent of respondents indicated that they felt the pandemic had stalled progress for women in the industry. More telling, of those who left their jobs—and the industry—as a result of the pandemic, 65 percent indicated that they would not return to their previous place of employment if their full pay and benefits were to be restored.

Attracting and retaining top talent is always challenging, but how can commercial real estate firms attract and retain top female talent in this environment? Three Lument executives share their stories, which offer clues. Spoiler alert: Allies are key, and culture is king (or queen).

In part one of this three-part series, Shirley Prada, a senior director on the sales and trading desk at ORIX Securities, speaks to the power of mentors as role models, building relationships, and inspiring the next generation.

What’s your title and role at Lument and what do your daily responsibilities entail?

I’m a Senior Director on the sales and trading desk at ORIX Securities. I’m responsible for trading our originations business to Wall Street investors. My main drive is to trade our production at profitable levels while simultaneously executing competitive pricing for our borrowers. Lument is the lending entity while OREC Real Estate Capital, LLC is the broker-dealer for facing our investor community. A good portion of our time is spent on trading the origination business and the other half is soft quoting new business and speaking to the Agencies and advocating for competitive pricing, especially in this environment.  Just as important, we are in constant talks with our investor community and keeping our finger on the pulse of the market so there are no surprises for our bankers/borrower when a deal is ready to rate lock.

How did you make your way into the commercial real estate industry?

I began my career at Bear Stearns, which was at the time a securities trading and brokerage firm as well as an investment bank. I started out on the MBS Syndicate Desk and eventually transferred to a junior sales position. Once Bear Stearns was bought by JP Morgan I went over to Jefferies LLC as a salesperson on the Fixed Income Structured Desk. My focus there was single family mortgage-backed securities. The way I made my way into the Commercial Real Estate sector was somewhat fateful. I was attending the CREFC Conference in San Diego in 2018 and that’s where I met my current manager, David Casden, who was head of Capital Markets at Hunt Companies before it became Lument. I introduced myself and we struck up a very friendly rapport and just stayed in touch. Two months later, a position became available on the desk and he reached out. After several conversations I was offered the opportunity to work alongside him on the Pricing/Capital Markets desk. This position was my jumping board to exposure into the Commercial Real Estate sector.

As you look back on your career, have any women played a pivotal role in helping you along the way?

Yes. The MBS Syndicate Desk at Bear Stearns was run by two women and they took me under their wings. These were very experienced, well respected, very knowledgeable, hard-working and confident women. What they modeled for me was mental strength. I had the opportunity to witness it as they managed and navigated difficult personalities or challenging situations with grace. These women were not shy about asking for what they wanted. They were very diligent in advocating for themselves. I’m a people watcher and I was constantly inspired by their behavior so I remember thinking “this is important to note.” The most meaningful thing to shape my experience of that place and time was recognizing that there was always room for another person’s success, especially another female’s success because these two women were a true team and we remain friends to this day.

What advice would you give to women who are considering or have recently started a career in commercial real estate?

I would encourage young women to become proficient in whichever area of Commercial Real Estate they’re most interested in. Making an investment in yourself and working on skills—your overall personal brand, public speaking, communication and time management to name a few… those are the things that nobody can take away from you. I would encourage them to identify areas that need improvement and keep themselves accountable as it relates to making time commitments to learning and gaining as much knowledge as possible.

Has the awareness of gender disparity in finance helped expand the potential for women in our industry?

The awareness has definitely created this positive shift toward gender equality, which is more commonplace than it was ten years ago when I believe less than 4 percent of Fortune 500 CEOs were women. That number has doubled since. However, we still have a lot more work to do. I think that starts with representation at the top with leadership and middle management because that is what will have the most impact on how women feel about their jobs. It also could make the biggest difference in their career trajectories. Meaning to say, what a woman can aspire to if they see themselves represented.

What attracted you to Lument? Is there anything about the culture that resonates with you as a woman leader and professional?

Initially what attracted me was the opportunity to work with my current manager. His professional reputation was held in high esteem by people who we knew in common. In the short period that I knew him prior to joining Lument, I found his honesty and core values were aligned with mine. During the interview process, it was conveyed to me that the company supported the growth and development of its employees. This encouraged me to join as I was very interested in exploring the full potential of my skill set in CRE. As far as the culture, it became very clear to me shortly after I joined Lument that this was a very high performing company with an efficient communication style focused on openness and transparency. This resonated with me because everyone, both men and women, were equally part of the process and so teamwork was something that I knew I would thrive in.

Lument and CREW share a commitment to DE&I, which includes the advancement of women. Why is increasing the ranks of women in the industry important?

It’s important because increasing representation in the industry would motivate young women to aspire for top positions when they have female role models. It would also increase same gender mentorship. Providing guidance to women who are starting their careers, particularly in this male dominated sector, would have a significant impact in the workplace and organization itself. Also, women offer a different perspective so companies that cultivate gender diversity will inevitably benefit as innovative ideas are brought forth.

And what challenges are associated with this effort?

Perhaps recruiting and enticing women to enter the male-dominated industry of CRE. It can be daunting if you are not seeing ‘people like you’ in the firms that are going to college campuses to recruit new talent.

Attracting and retaining talent is key to any organization’s success. Now that you’re here, what keeps you excited about your work and the work that Lument does as a whole?

I take great pleasure in exceeding a borrower’s expectations on note rate because I know this helps their bottom line. In addition, I know that I’m positively contributing via Lument to the overall state of the commercial real estate finance sector and the economy at large. I’m also motivated by a desire to learn. One of the ways that I cultivate this desire is through the LinkedIn Learning courses that Lument offers—everything from time management to improving listening skills to cultivating emotional intelligence. What has been lighting me up recently, as I like to say, is the opportunity to be part of the changing landscape as it relates to Lument’s DE&I efforts. Several of my colleagues and I will be mentoring young people this summer through Lument’s partnership with Project Destined and I’ve found those young people so inspiring and motivated. It has given me a huge sense of gratitude to reflect on the start of my career and see how different experiences have shaped me. Now I can use all those experiences to give back and hopefully inspire young women and minorities to aim high and aim big. The world is changing and these young people are being invited forward. It’s very fulfilling to be part of this positive change.