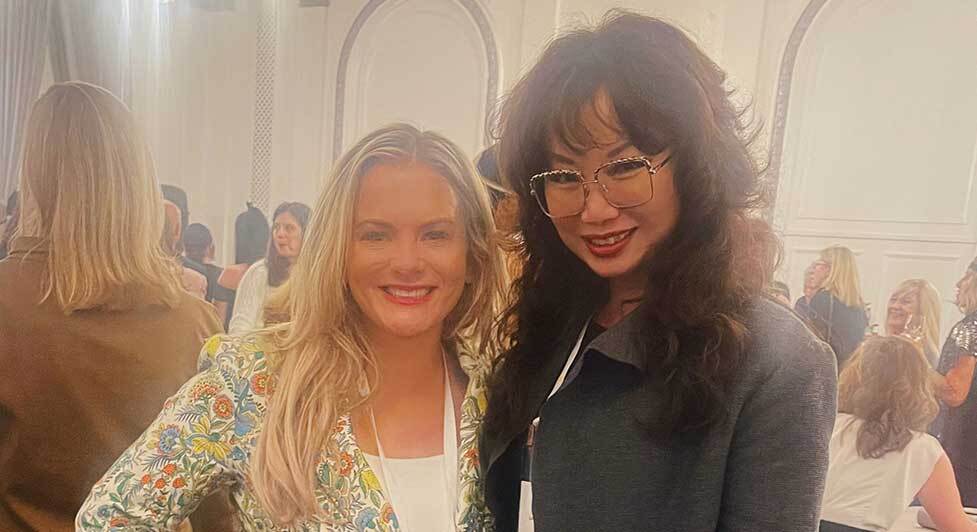 The energy and enthusiasm at the 2022 CREW Network Convention in Chicago was palpable. Rooms were packed and conversations were uplifting at the three-day industry conference, which Lument was proud to sponsor.

Despite continual talks of economic headwinds, our industry is taking leaps and bounds out of the pandemic and seeing further strides with diversity, equity, and inclusion across countless companies. The growing number of women and minorities at the leadership level in commercial real estate, finance, and other major industries resonated with both seasoned players and newcomers at the sold-out event.

While industry conferences are often known for aggressive negotiations and boisterous celebrations, this year’s CREW event was empowering and collaborative, according to two Lument executives who attended. During the many panels, workshops, and afterparties, participants had a chance to build new relationships and discuss the latest growth opportunities in commercial lending, multifamily investment, and other sectors of CRE — both from a deal-making and hiring perspective.

Laca Wong-Hammond, who heads mergers and acquisitions at Lument, said she was captivated by the many opportunities for women entering the field to pursue new industry connections. CREW’s own industry research speaks to the importance of networking for women in the industry building their careers but even for a powerhouse like Wong-Hammond, it remains key and can open the door for conversations beyond those centered squarely on closing the deal.

As a longstanding leader in the industry, Wong-Hammond recently won a Connect CRE National 2022 Women in Real Estate Award for her many accomplishments, including closing more than $10 billion in M&A and capital market transactions and serving closely held businesses throughout her career. She said the CREW event encouraged her to talk more with her clients and partners about effective female leadership and networking strategies.

“When people are working remotely it can be easy to forget, but if you don’t speak up, you’ll keep missing your chance to be heard,” Wong-Hammond said.

She added that, among the several keynote speakers, one leading economic forecaster helped put headline concerns over interest rates and inflation into perspective for the nearly 1,400 attendees at the Hilton Chicago. Dr. Marci Rossell, former chief economist and co-host of Squawk Box at CNBC, spoke about a bumpy path to normalcy in the U.S. over the next year to 18 months — a departure from the continued decline that many fear.

Of course, time will tell. But Wong-Hammond said Dr. Rossell’s comments served as a comforting reminder to take the long-view on the highs and lows that come with every economic cycle. “Instead of playing Chicken Little, Dr. Rossell told that crowd that COVID drop-kicked us ten years into the future, including new ways of working and more truncated work weeks for many,” she noted.

Mallory Schenk, Lument’s HR business partner, said she felt invigorated by the many lively panels and on-the-floor conversations that touched on smarter recruiting, retention, and engagement efforts in 2022.

“It was an incredibly impactful event for me,” Schenk said in describing how the event resonated with her as a female HR representative in the industry. “Some of the conversations that really stood out were about coaching women on how to step into leadership positions and the importance of today’s leaders fostering cultures of inclusion and belonging at their companies.”

Schenk and Wong-Hammond both noted that genuine emotions also filled the many meeting rooms at times, with one male real estate executive moved to tears as he heard his female peers talk about the challenges they’ve faced and increasingly overcome.

But even as our industries continue to level the playing field, our collective efforts are far from over. One of the underlying messages from this year’s CREW conference is that while commercial real estate and finance see themselves as meritocracies, not all groups can participate.

“It’s okay to say we’re an organization made up of mostly white men, but that’s just a first step,” Schenk said. “What steps are companies taking to ensure they’re mitigating bias in their processes and what are they doing to make sure that there’s equal opportunity within the company for folks to move up?”

Wong-Hammond echoed that sentiment and added that she hopes more companies will make substantial commitments to DE&I at the corporate level.

“There’s a lot more to be done,” she said, noting that equal opportunity remains an integral part of Lument’s culture. “It’s great that we’re all advancing to the forefront of awareness. Now it’s time to go beyond lip service to action. Really make those hires and really support and retain.”

Despite the work that remains to be done, both Schenk and Wong-Hammond said that they were leaving the CREW Convention feeling inspired and empowered by both the networking the event afforded them and the strides that have been made thus far toward advancing women in the industry.