The Road Forward: Navigating Multifamily through Political Shifts, the Pandemic and Beyond 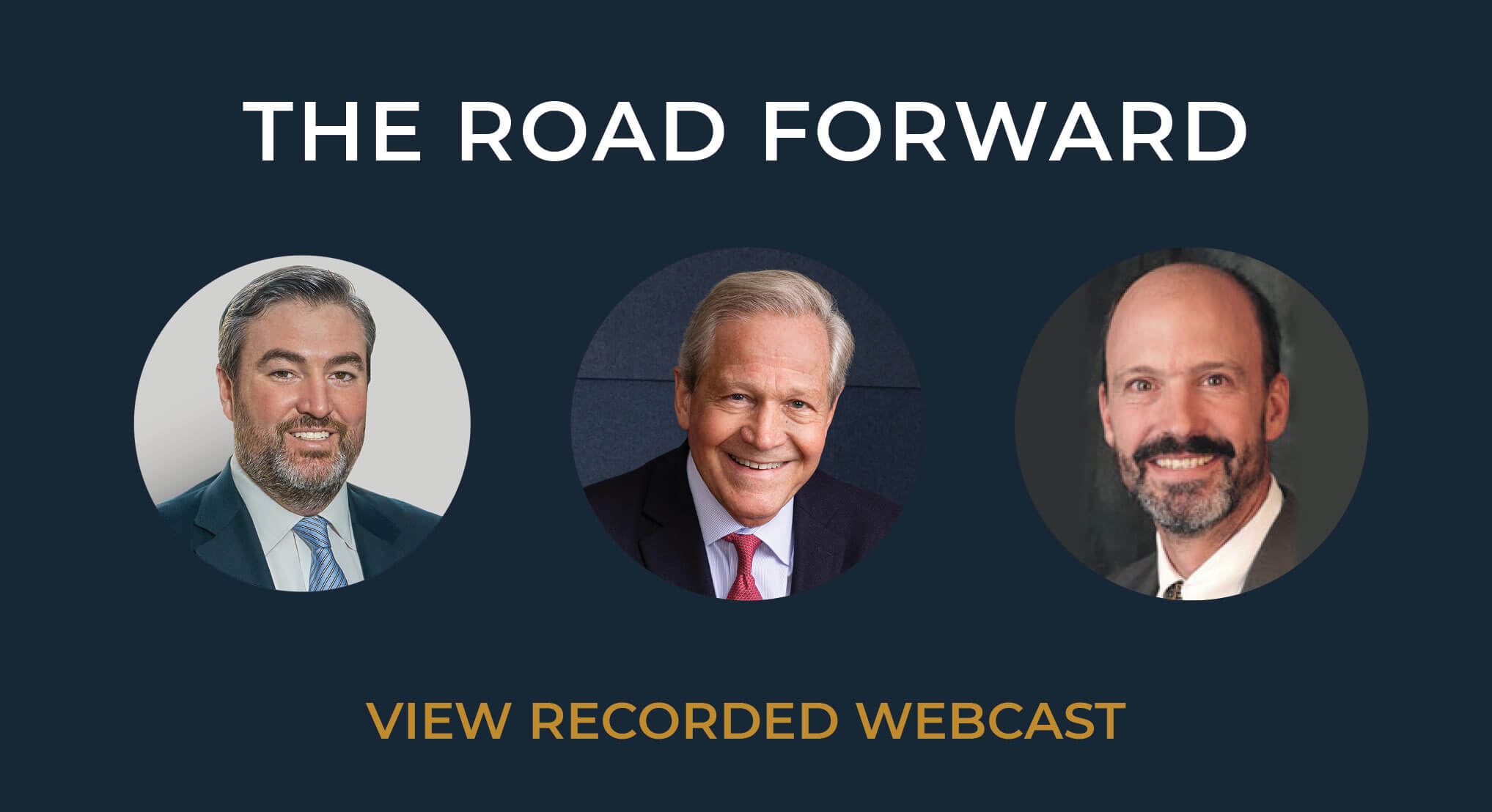 For our first Lument In Conversation webcast, we decided to get right to the issue most on the minds of multifamily investors: the industry’s prospects for 2021. Accordingly, we asked the two people we know who are best positioned to sort out the intersecting medical, political, demographic, and economic forces shaping our industry — Doug Bibby, NMHC president, and Jamie Woodwell, vice president in MBA’s Research and Economics group — to join us for a session we called The Road Forward — Navigating Multifamily Through Politics, the Pandemic, and Beyond.

The upshot: both experts expressed measured optimism about the future of multifamily, a view echoed by our audience. According to a poll we conducted during the session, 65 percent of our live audience felt more confident or much more confident about the multifamily market than they did in April and May.

Jamie put multifamily in the context of the larger commercial real estate market, which he divided into four groups depending on how the pandemic has affected them. “This has been an extraordinary time,” he said. “Never have I seen a period when the distinctions among property types are so stark.”

Some like industrial and self-storage, he noted, can be considered countercyclical. The pandemic has actually been good for their business. Others saw trends already underway dramatically accelerate. Jamie pointed to retail and especially malls. “With retail, we saw five-to-seven years of change compressed into two or three quarters,” he noted. The third group are those sectors that are changed forever. Office is the principal example. With working from home and hoteling, our relationship to office will never be quite the same, he concluded.

Jamie classified multifamily and, to a certain extent, hospitality as property types experiencing a speed bump. “These sectors were doing well before the pandemic, and the expectation is that they will continue to do well once it is over,” he said.

Certainly, in large urban markets with a fair amount of new construction coming online, we’ve seen an increase in concessions and a slight decline in occupancy, especially as some renters have chosen to wait out the pandemic elsewhere. To a certain extent, this out-migration builds on a generational turnover in renters that was already underway. As Jamie noted, Millennials starting families were moving to the suburbs from urban cores before the pandemic struck, but shutdowns and social distancing has slowed the influx of Generation Z tenants, who were moving in and taking their place. Roughly speaking, the situation in inner ring suburbs and some smaller metros has been the reverse, where both rents and occupancy rates have risen.

Overall, however, collections have held up far better than anyone could have hoped. As Doug pointed out, the early NMHC collections numbers for November were better than they were in October, and surveys by the Housing Impact Collaborative, which monitors workforce units, show that collections in affordable housing have also held up.

Both Jamie and Doug pointed to the expanded social safety net from the federal government — the Paycheck Protection Program, expanded unemployment insurance, the stimulus checks — as the primary reason the sector has performed relatively well in the face of spiking unemployment. But Doug also noted another factor sustaining multifamily. “There are a lot more renters by choice than there were 20 years ago,” he said. “These are people who have jobs, who can sustain rent payments every month, and who therefore add stability to the market.”

Nonetheless, there has been some recent fraying at the edges. Doug noted that more tenants are making partial payments, spreading their payment out over the month, and signing up for rent deferment plans.

LOOKING TO AN END IN UNCERTAINTY

The recent announcement of two highly promising vaccines have given tenants, owners, and other market participants a sense that the crisis is finite, that once vaccines are widely available — perhaps by midsummer — we’ll see more robust and evenly distributed job growth. At this point, Jamie said, he expects a pretty fundamental shift in investor thinking.

The strength of this recovery, however, will depend on what the economy looks like when we get there. That’s why NMHC’s first priority, Doug said, is to persuade Congress to enact a stimulus package, if not this year, then as soon as possible in 2021. NMHC’s other priorities include advocating for an infrastructure bill next spring with a strong housing component and concrete progress on addressing the nation’s affordable housing crisis.

The organization is also working to ensure that Fannie Mae and Freddie Mac are in a position to provide liquidity and stability to the market during the interim. Both Doug and Jamie noted that Fannie, Freddie, and FHA have done an exceptional job so far. “Multifamily lending held up far better during the downturn than other property types, thanks to the agencies and FHA,” Jamie said.

THE NEW NORMAL WILL LOOK FAMILIAR

Once the economy enters the recovery phase, the consensus view is that it will eventually look much like it did before the pandemic. Jamie notes that there is money on both the debt and equity side waiting to be invested — and multifamily as well as industrial are the likely targets. He doesn’t see significant cap rate pressure in these markets and anticipates that life companies, CMBS, and banks will gradually return to market during 2021.

Doug also expressed his conviction that large urban markets will recover their luster. “One of the most exciting things that happened in the second decade of this century is the revitalization of major American cities,” he said. “Certainly, it will take time for things to sort out, but cities like New York will emerge as vital as they were before the pandemic.”

I think the message we can take from Doug and Jamie’s comments is that the timing, size, and direction of federal stimulus in 2021 will determine the speed and magnitude of the economy’s recovery. In the meantime, Lument’s commitment to multifamily is as strong as ever. We will continue to partner with our clients who see opportunity in our evolving circumstances.